This workshop is for students new to public speaking – including students from around the world – and provides a solid foundation for communication in academic and career contexts, as well as potential participation in our event-specific workshops in subsequent summers. This experiential immersion in meaningful speaking practice is unlike any traditional classroom course!

By the end of their experience, students will be equipped with the tools they need to be effective future leaders, armed with skills to responsibly develop arguments, sway audiences, manage communication apprehension, research current topics, reach resistant audiences, and develop debate strategies for in-person and online audiences.

This is a beginner program; most participants are students entering the 9th or 10th grade, or older students who want to improve speaking skills and confidence.
 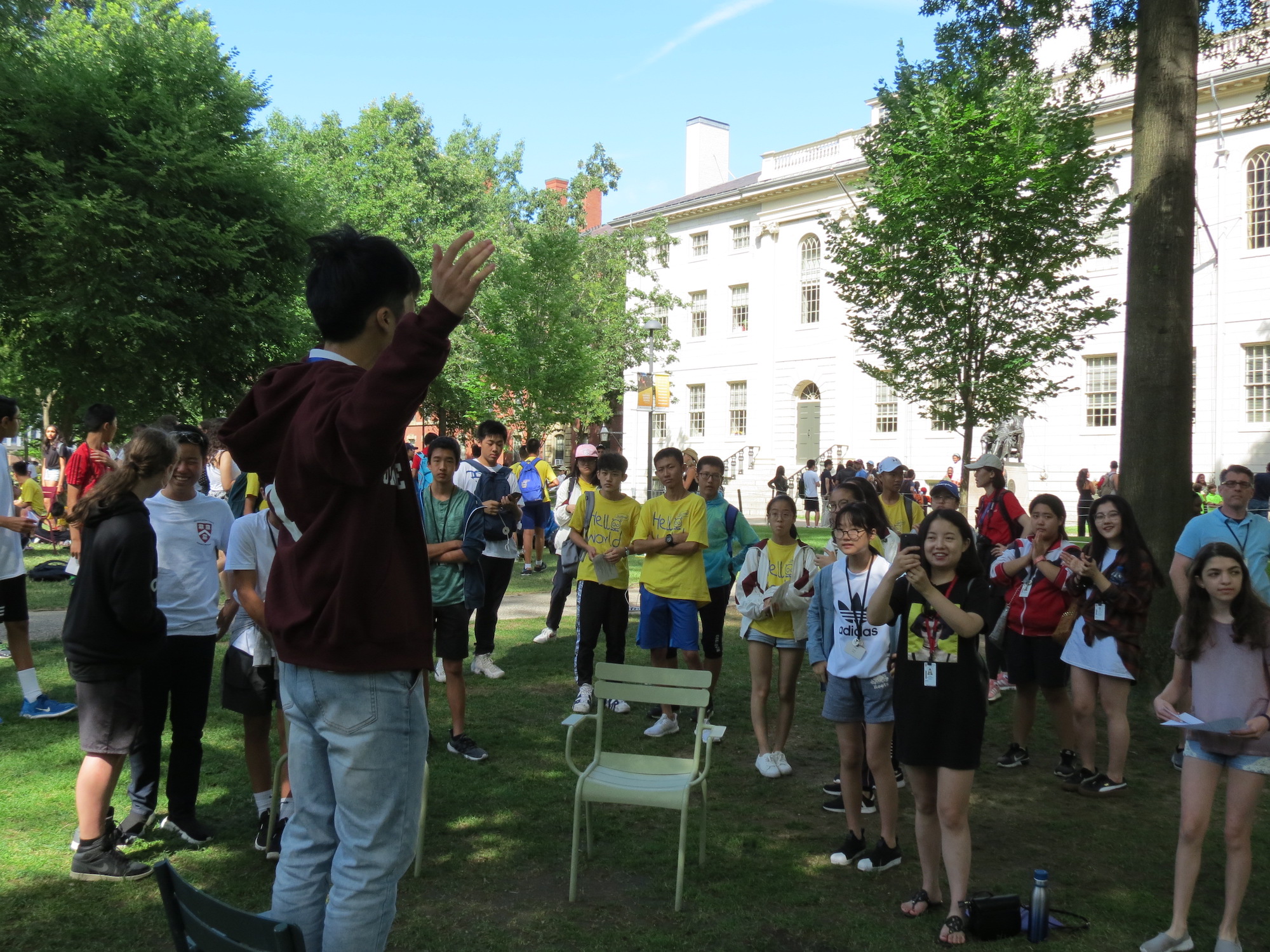 During the first week, Students will learn the foundational elements of crafting outstanding persuasive speeches applying an area of study of their own choosing. Students will select a contemporary topic with a level of controversy and produce public policy and personal advocacy speeches. Students will learn how to craft appeals for organizational change, exercise creative strategies for audience engagement, and respond to question and answer sessions.

For the second week, students may choose one of two different options depending on their interests: Communicating in S.T.E.M, and Introduction to Argumentation and Debate.

[My daughter] absolutely enjoyed the camp and has grown tremendously from the collaborative environment online. She has always had interest in entrepreneurship and has created a website and Instagram that promotes women in technology… She is interviewing a series of women within this field and will be launching it on her site within the next couple of months.

One of the biggest challenges facing students and experts alike in the fields of science, technology, engineering, and math (S.T.E.M.) is the difficulty of presenting complex issues to a public audience. Individuals who want to excel in S.T.E.M fields must be more than intelligent and well-researched; they must also be able to engage and connect with a variety of audiences. The Communicating in S.T.E.M. 1-week program is designed to give fledgling public intellectuals a much-needed advantage in the field of communication.

Supported by Harvard University’s commitment to public engagement, backed by the Harvard Debate Council’s excellence in argumentation, and facilitated by the program’s 6:1 student-to-faculty ratio, Communicating in S.T.E.M. takes even the most novice speaker and transforms them into a competent presenter capable of navigating across audiences.

During this fun yet intensive program, students will create a multifaceted STEM communication campaign around an issue of their choice. Even students who are just learning about STEM will be guided to pick an approachable topic of interest to help them learn the fundamentals of communicating about complex topics. The campaign consists of four projects:
CLICK HERE TO DOWNLOAD A SUMMARY OF PROJECTS AND A SAMPLE DAILY SCHEDULE

Introduction to Argumentation and Debate

This workshop will introduce students to the fundamentals of argumentation as well as the three formats of competitive debating commonly practiced in American high schools. Over the course of the week, students will gain experience constructing both oral and written arguments and participate in several competitive debates. The session will culminate with a small tournament on the final day. Students will practice with a few different debate topics, primarily about current events and political developments, but with a few timeless topics as well. Tips and strategies for research will be incorporated into the workshop, though we will provide introductory materials for most of the topics so students can begin practicing right away.

Student engagement with overlapping technologies now accumulates over 50 hours per day, with some equivalency hours exceeding 100 or more. Every. Day. This program provides students an opportunity to measure, assess, and fully explore their technology consumption, with social media and cellphones at the forefront of our analysis. Students will learn about the psychological, physiological, and interpersonal effects of social media; study media theory; analyze the political, sociological, and legal implications of social media footprints; and discuss hot-button issues such as loss of privacy rights, “fake news,” presidential rhetoric, cyberbullying, and cancel culture. A special unit on propaganda and conspiracy will also be included in the curriculum as we compare movements pre-and-post social media distribution. The capstone experience consists of the creation of a social media campaign for a non-profit organization. Students will present their campaigns in collaborative pairs / small groups using presentation technologies such as PowerPoint, Prezi, and Zoom.

A college professor for over two decades, Deano Pape conducts presentations across the country on the topics of communicating with technology, effects of cellphones, social media criticism, interpersonal communication, and persuasion and mass media. Recent courses include fake news, diversity and power in film criticism, public speaking in society, and conspiracy rhetoric. Dr. Pape served as assistant professor of communication and director of forensics at Ripon College before assuming his current positions as membership specialist for the National Speech & Debate Association and teaching specialist and assistant director of speech and debate for Simpson College. 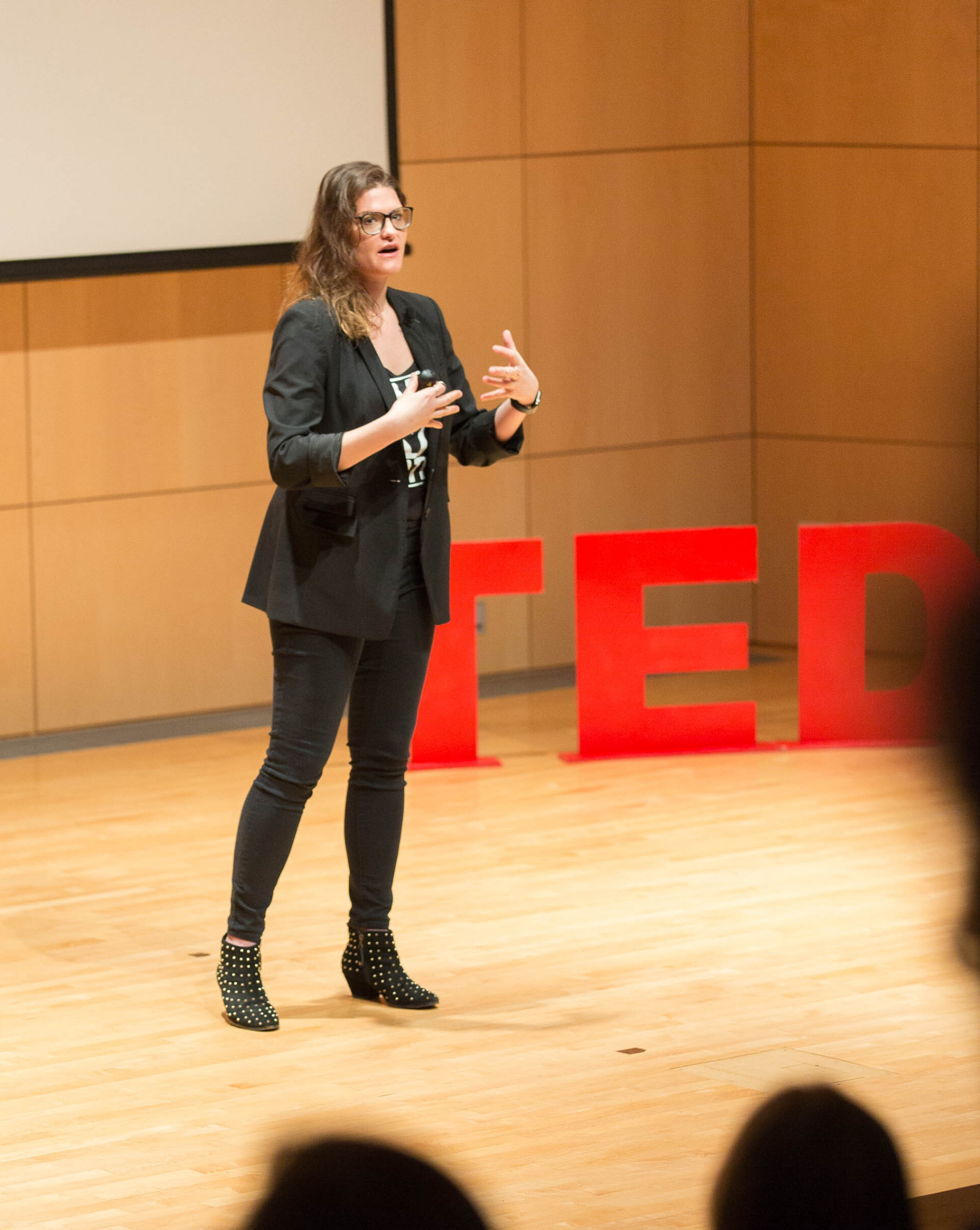 Dr. Lee M Pierce (they/she) is an Assistant Professor of Rhetorical Communication at SUNY Geneseo and has taught thousands of students about public speaking, politics, and culture. Lee’s research has appeared in top academic journals, winning several awards from the National Communication Association. Lee has worked for over a decade to empower young people to use their voice, teaching STEM Communication to underrepresented students through the McNair Scholars Program and supporting at-risk youth through the NYS Sheriff’s Institute. Lee is a Safe Zone Trainer through the OUT Alliance of Rochester, NY, a #blacklivesmatter ally, and an advocate for neurodivergent and high needs learners.

Lee has been an instructor for the Harvard Debate Council’s Summer Workshop in Public Speaking in Argumentation since 2017. Previously, they were the curriculum coordinator for the Duke University Talent Identification Program (TIPS) Public Speaking, Advocacy, and Leadership Institute. From 2010-2012, Lee also advised the Loud ‘n Clear Public Forum at the University of Georgia.

Committed to banishing banality, one speech at a time, Lee hosts the RhetoricLee Speaking podcast, analyzing culture cliches, political punditry, and whatever was on Netflix at 3am. Lee is also the host for the New Books Network podcast Channels in Language and Media & Communications. Lee’s TEDx Talks analyzing Beyoncé’s”Formation” and Taylor Swift’s “Bad Blood” are available on YouTube along with a few attempts at stand-up comedy.

Lee received a PhD in Rhetorical Communication from the University of Georgia in 2015 and an MA in Communication from SUNY Brockport in 2008. Their first book, “Syntaxing the Social: Rhetoric, Form, and Feeling in US Political culture” is due out later this year along with a new essay for the journal Women’s Studies in Communication analyzing the film trailer for The Hate U Give. Learn more about Lee at rhetoriclee.com and at linktr.ee/rhetoricleespeaking. Find them on Instagram and Facebook @rhetoricleespeaking and on Twitter @rhetoriclee. #teamrhetoric #ffightthecliche 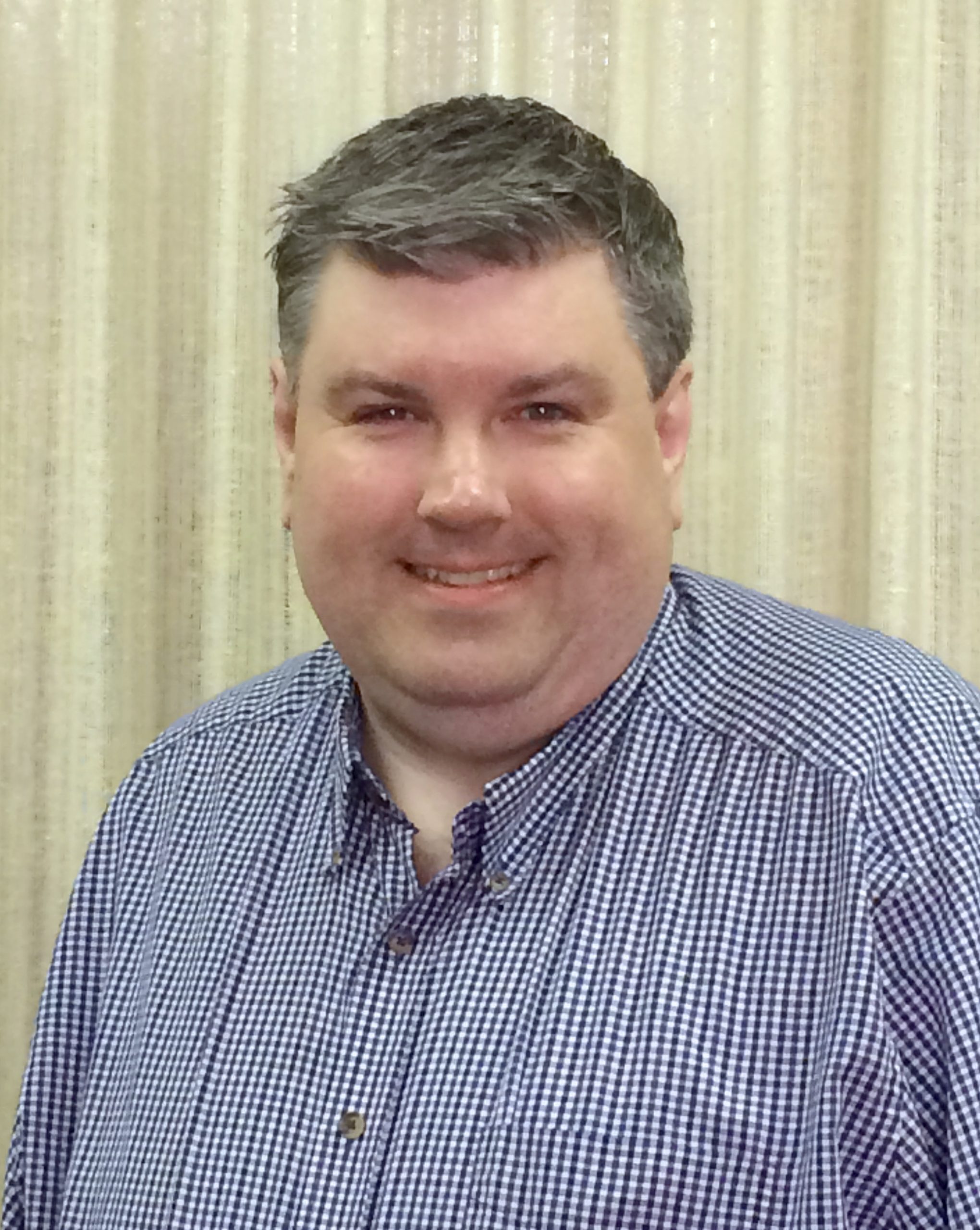 Deano Pape is Assistant Director of Speech & Debate, Co-Director of Ethics Bowl, and Instructor in the Department of Multimedia Communication at Simpson College in Indianola, Iowa, Simpson is consistently ranked among the top 10 colleges and universities in the country for combined speech and debate at Pi Kappa Delta Nationals, including 2nd place in Debate Sweepstakes at the 2017 National Tournament. Deano also serves as Membership Specialist for the National Speech & Debate Association where he works with speech and debate coaches, district leaders, and directors of new speech and debate programs. Deano brings to Harvard Debate Council over 25 years of experience coaching, teaching, and administering special academic programs that foster speech, debate, and communication skills development, working with students and coaches from a wide range of backgrounds and experience levels. Deano attended Central College (bachelor of arts program, communication/theatre) and Central Missouri St. University (master of arts program, speech communication). Deano has also worked with Harvard Debate Council’s Public Forum, Congressional Debate, and International Debate programs in prior summers. 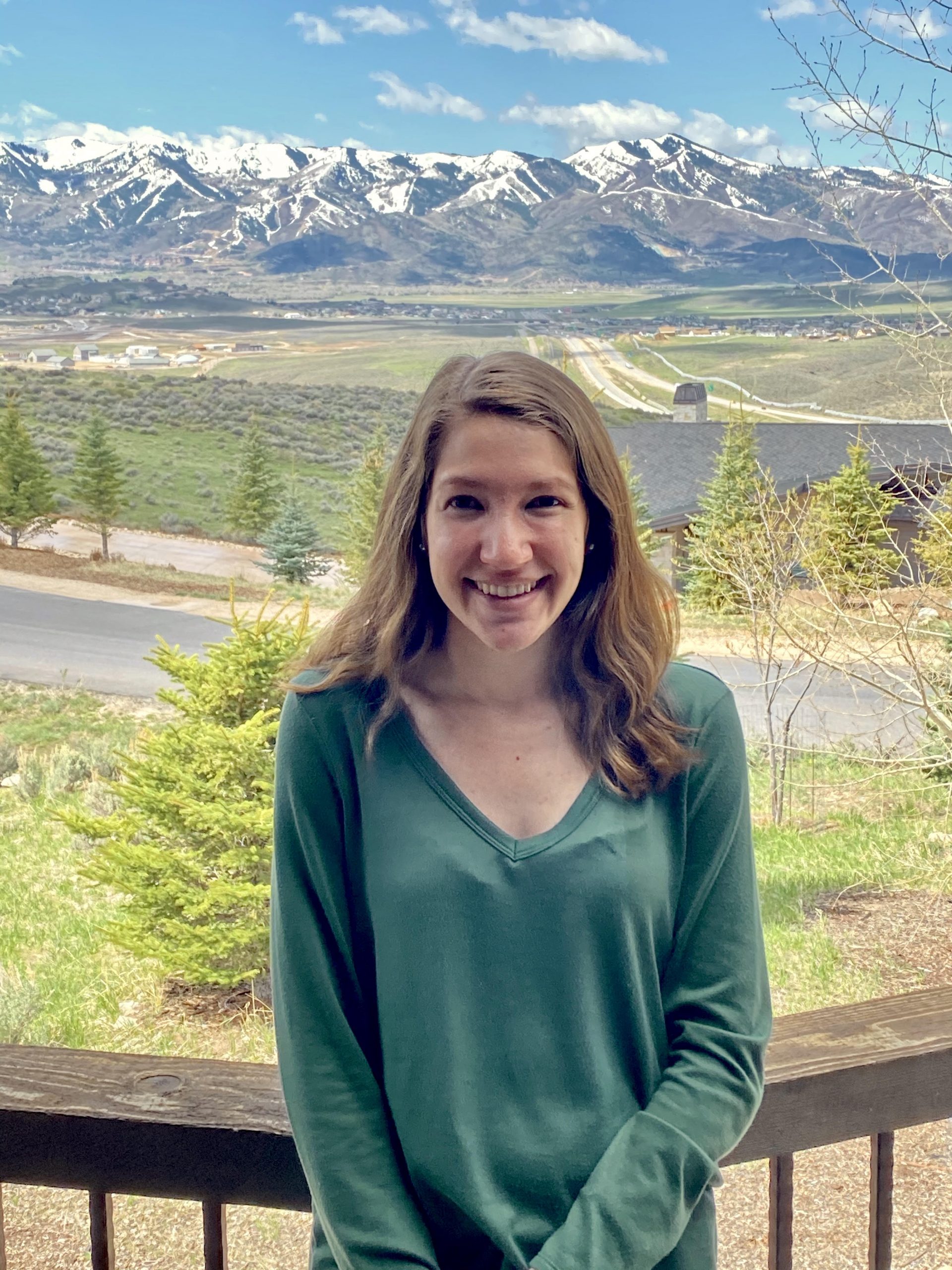 Emily participated in Public Forum and Policy Debate at Rowland Hall St. Marks High School. She was ranked third in the country in Policy Debate. She twice attended the Tournament of Champions in Policy Debate and was an octa-finalist and quarter-finalist. Emily debated in college for the Harvard Debate Council, competing in the National Debate Tournament three times and advancing to elimination rounds two times.